I have been hesitant about addressing the Adrian Peterson “child abuse” charges. Note the quotes. This may be an indication of where I stand. 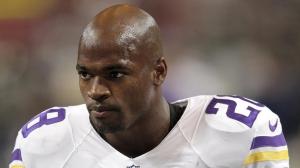 This story has been unfolding so rapidly and some of the conversations surrounding the issue have been so downright confrontational, accusatory and judgmental that I needed to take a step back and make sure my thoughts on this situation were sensible and above all presented in an educated, useful, and hopefully informative way. This is another good opportunity to try to understand what makes people different and drive home the fact there are billions of people in the world and guess what: Some of those people were raised a whole lot differently than others. What works for some, probably would not appeal to others. What some consider harsh means of discipline others will hail as the ONLY way to make sure a young child does not become an adult menace. However, in no way should personal opinions earn any man or woman the labels coon, sell-out, monster, slave-mentality, stupid, barbaric, Uncle Tom (or any of the absolutely ignorant names that have been thrown into the debate simply because you don’t agree with a person’s opinion). That helps nothing and it adds very little to the conversation. I just wanted to get that out of the way. 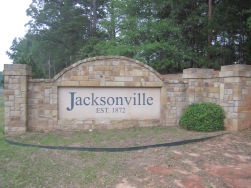 I was born and raised in East Texas. Many who read this either have met my Momma or have read about her in “Life Is Not Complicated, You Are”. That said, it will come as no surprise that this good O’l Boy from East Texas– where the BIBLE is our guide, GOD is the final word, liberal views on the way people live their lives are not accepted and the rod (the switch, the belt, the slipper, the extension cord, the mixing spoon and the hand) were NOT spared–got whooped by Alice Wallace on several occasions and I THANK GOD! Because I can assure you, without question or doubt I am the man I am today because my Momma not only disciplined me, she commanded my respect. And she demanded that 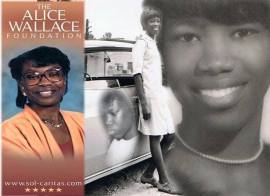 this respect carry over into every aspect of my family (grandparents, siblings, aunts, uncles) and beyond. And if she heard that I did not live up to that expectation or God forbid, found out that I (or any of my siblings) embarrassed our family name in any way…you better believe we got whupped! “Abuse” is allowing your children to get away with misbehaving and have them grow up thinking it’s okay to question authority. Abuse is not raising a child with an iron hand only to have them wear steel handcuffs later in life. Abuse is not letting a child know that there will be deep, dire consequences if you act the dam fool and when they go out into polite society they are harshly labeled, shunned and classified as having “no home training. I am not here to tell you whether being on the receiving end of that “switch” is right or wrong. Not my place. What you do in your home is your business. However, I can not tolerate any judgment that ultimately questions the values and principles that I hold dear and credit for my success. I take particular offense when that criticism comes from someone like Cris Carter, whose family I know for a fact incorporated the very same values and modes of discipline that he now calls abuse. It was the same lifestyle my friends and I sit around and reflect on because of how it helped so many of us stay on the straight and narrow, with some exceptions.  In my opinion Cris is the exception, not the rule. He is an exception that obviously did not learn the lesson discipline was meant to instill, falling deep into drug addiction before turning his life around; an exception that did the unthinkable in his remarks about Adrian Peterson: he vilified his Momma in front of the world. A woman who in his own words “did the best she could” to raise 7 children. She was either “wrong” or did her best. One of them is a lie. We were taught to honor our mothers and fathers. Whuppings did not change that. My mother and father prepared us for life. I will never dishonor their memory by questioning their methods or audaciously vilify my parents for taking care of their children within the guidelines of their culture and upbringing. For the record, my Granddaddy (My Mom’s father) was a deacon and a Judge… and yes, he believed in whuppings.

I find it frustrating that an issue that should have been dealt with personally made it to the media. How is it a mother and father cannot have a discussion about the best way to raise a child? And what has happened to our society, especially with regard to family values, to make it so easy to air our issues so openly for the world to judge? I did not include pictures of the child in this blog for that very reason. Ironically, I have read reports the child’s mother is “outraged” these private photos were released to the public. But what did she expect? So now, when all this blows over and you expect and need this man to be a “Father to his children” (after you have completely destroyed his credibility as a leader and disciplinarian in his family by virtue of the fact that if he even raises his voice to loudly someone may call the cops out of fear he may become “abusive”) his hands are tied. And you know what happens in homes where children are allowed to make the rules? They become adults who are not capable of following the rules. What good is that to our society? 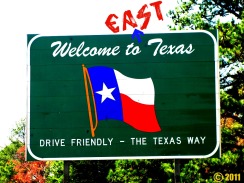 East Texas, my Southern roots, my strict upbringing and yes, a whupping every now and then helped make me a productive, contributing member of society and allowed me to raise children who follow the same strict guidelines. When (if) you decide you no longer need to adhere to the foundation I set, you are more than free to begin building your own. However, I’m pretty confident, the tools I used to build mine are a whole lot sturdier, more reliable and will construct a foundation that will last a hell of a lot longer.

4 thoughts on “Life Is Not Complicated, it’s not abuse it’s DISCIPLINE…”

Marketing With A Story

Just because you CAN read Moby Dick doesn't mean you should!

Books, reviews and all things worth reading

A year of reading the world

Howdy! We're the largest independent bookstore in Texas. This is our blog.

this is... The Neighborhood

the Story within the Story

Lots of ideas run through my mind. They're irrelevant to everyone including myself, but I think I'm funny.

Welcome one and all. Now, let’ s make a difference.

The Art and Craft of Blogging

The latest news on WordPress.com and the WordPress community.